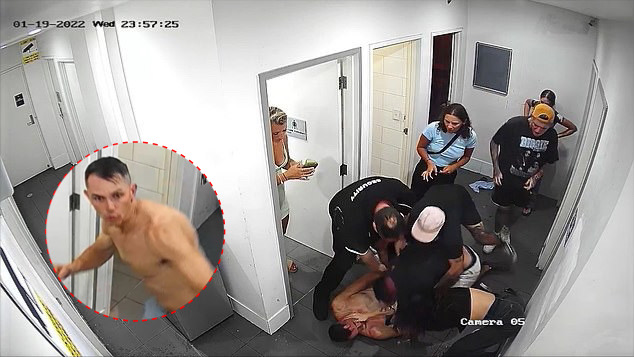 On January 20th, in Burleigh Heads, Australia, Billy Dean Fallon entered a nightclub with a woman he was courting. After a couple hours of drinking and dancing, the two made their way to the handicap accessible stall in the women’s bathroom to “become intimate,” as reported by New York Post.

A few minutes later, there was a knock on the stall’s door. A custodian was needing to get inside to clean all of the restroom. Angry about the interruption, Fallon began attacking the worker. As the two fell to the floor, Fallon repeatedly punched the cleaner in his ribs. Two other club goers in the bathroom began to scream until a security guard and another male bystander came in to separate them. The victim left with a broken nose.

Fallon’s defense lawyer claims that his client was inebriated and has an alcohol problem that he developed while serving in the army. “He acted impulsively,” he said. “He acted protectively, and he thought he was protecting himself and his partner.”

On Monday, Fallon pleaded guilty to assault occasioning bodily harm in Southport Magistrates Court. Despite being sentenced to 12 months in jail, he was given immediate parole and was ordered to pay a $1,500 fine.