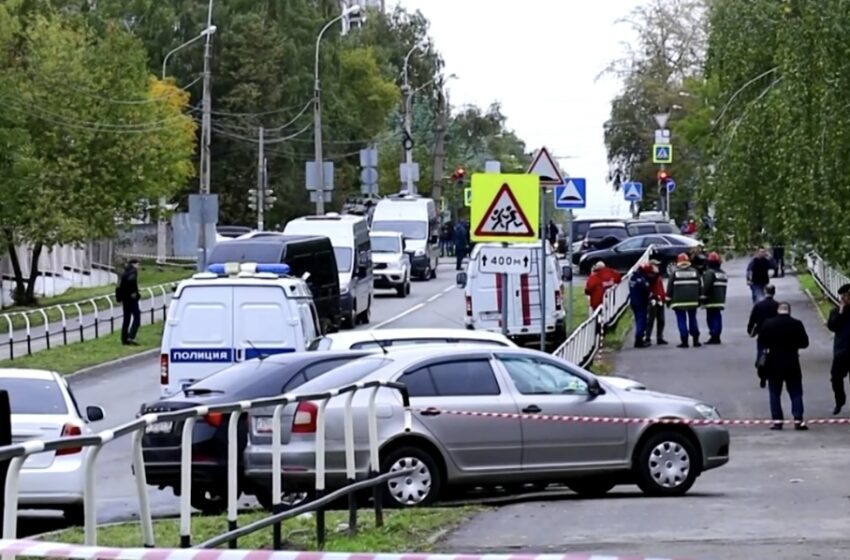 This morning, at a school in Izhevsk, Russia, a gunman wearing Nazi symbols injured 24 people, killing 15. The head of the regional government has stated that among the dead was a security guard and 11 children. The incident makes the country’s third school shooting in the last two years.

The shooter, a 34-year-old local named Artem Kazantsev, was wearing a black t-shirt filled with Nazi insignia and a helmet. He reportedly took his own life before authorities had the chance to subdue him. Investigators that searched the shooter’s home believe that Kazantsev was a “person who, apparently, belongs to a neo-fascist organization or group.”

According to the The Press Secretary of the President of the Russian Federation, Vladimir Putin sent condolences to the victims and their families. “The president deeply sympathizes with all those who lost their loved ones, their children in this tragedy, and wishes recovery to those who were injured as a result of this inhuman terrorist act,” he said in a statement.