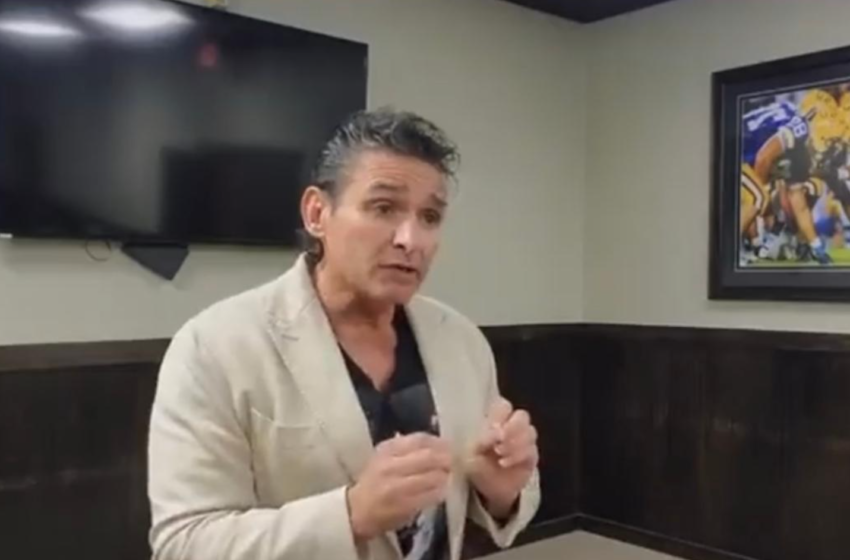 In today’s climate, there have been many claims, opinions, and thoughts about the effects of the COVID-19 vaccine. Well, anti-vaxxer Christopher Key, who has dubbed himself the

has some intriguing claims about suppressing the side effects from the vaccine. Key, who has previously alleged that the vaccine alters your DNA, says that drinking your urine will help counteract the vaccine side effects, per one of his doctors.

According to Daily Dot, Key has been attending anti-vax protests around the country in an attempt to possibly make a citizen’s arrest of Democratic Governors for the vaccine mandate. Reports say he was recently released from jail after being arrested for trespassing. When he was released, he told anti-vaxxers to

“Drink [their] own piss”

to counteract the effects of the vaccine.

Reports added that there has been no evidence proving that drinking your urine counteracts the side effects and that the severe side effects from the vaccine are low.

In a recent video uploaded to the anti-vaxxers telegram channel, he recommended that people drink their urine to help negate the vaccine side effects based on what one of his doctors told him. Key has 24,000 subscribers on the channel and his suggestion was first reported by the Daily Beast. In one of his posts, he connected Dr. Group’s website, who is a life coach based in Texas. The website,

“Dr. Group’s Urotherapy Research,” says that urine is “your own perfect medicine.”

“Dr. Group is telling me that this is the antidote. I have practiced this myself for over 20 years … I do this every single day,”

“the antidote for those who have been vaccinated is to drink your own urine.”