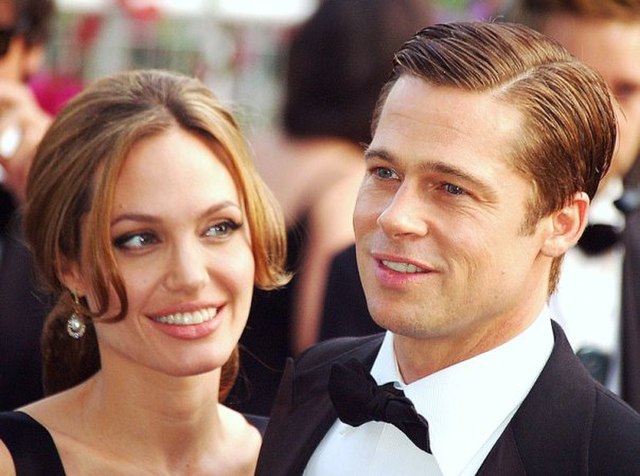 Angelina Jolie filed a complaint against Pitt accusing the

her and their six children on a private flight from France to California. Jolie said the fight occurred after one of the children tried to

“lunged at his own child,”

the complaint said. Jolie claims that when she stepped in to block Pitt, he

“threw himself backwards into the airplane’s seats injuring Jolie’s back and elbow.”

The series of attacks continued with Pitt

“[choking] one of the children and [striking] another in the face,”

according to the court documents.

“Some of the children pleaded with Pitt to stop. They were all frightened. Many were crying,”

it stated. Jolie said that even after the plane landed Pitt held the family inside for about 20 minutes. Jolie alleged that Pitt let them off the plane but continued to

“physically abuse one of the children once they were outside the plane door,”

the complaint stated. He also

“grabbed and shook Jolie by the head and shoulders.”

The complaint filed Tuesday was a follow-up to leaked reports of an FBI interview taken by Jolie in an investigation against Pitt’s alleged abuse. The report was published by Rolling Stone and Puck in August.