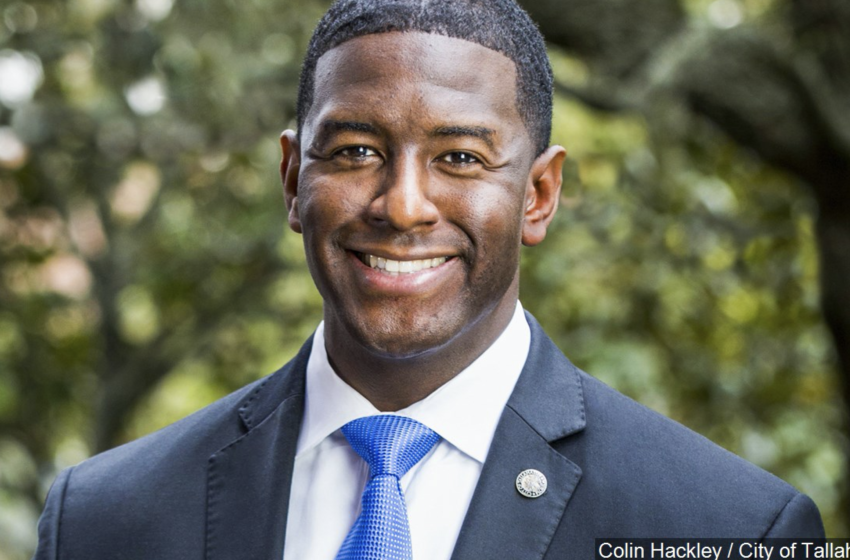 According to the police report, Miami Beach Fire Rescue crews responded to a suspected drug overdose just after 1am. Authorities said Gillum, 40, and two other men were inside the hotel room at the time.

According to the report, Aldo Mejias, 56, told officers that he gave Travis Dyson, 30, his credit card information to rent a hotel room for the night. Dyson rented the room around 4 p.m. Thursday and Mejias arrived at the room later that night. But when Mejias arrived, he found Dyson and Gillum inside the hotel room, appearing to be under the influence of an unknown substance.

According to the police report, Dyson opened the hotel room door and then immediately walked to the bed and collapsed in a prone position. They called 911. When police arrived they tried to speak with Gillum but he was too inebriated.

According to the police report, officers found three small clear bags inside the hotel room containing suspected crystal meth. Gillum released a statement, saying he was at a wedding Thursday night and was drinking, but denied taking any methamphetamines.

“I was in Miami last night for a wedding celebration when first responders were called to assist one of my friends,” Gillum said in the statement. “While I had too much to drink, I want to be clear that I have never used methamphetamines. I apologize to the people of Florida for the distraction this has caused our movement. I’m thankful to the incredible Miami Beach EMS team for their efforts. I will spend the next few weeks with my family”

Check out the Candace Owens’ shady response to the news below.

After word got out, Gillum quickly took to social media to release a statement.