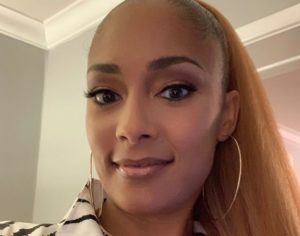 In a recent interview, the unapologetic queen Amanda Seales became extremely open with her sex life. During an interview with Don’t Call Me White Girl, Seales revealed that she had no idea that she was supposed to fake an orgasm while engaging in sexual activity.

She said amid the interview,

“I didn’t know I was supposed to be faking the orgasm. I did not know that…I didn’t understand that no–as was mad because I wasn’t achieving the climax.”

“Then this one n**a I was dating was like, ‘[Ugh]..You just never finish’ and I was like but you finished and he was like ‘yeah but you’re not signaling the accomplishment. But I literally had no idea like no one taught me this. He was like, ‘you’re not signaling the accomplishment and it just makes me feel like I’m not doing what I’m supposed to be doing.’”

The comedian added that she did experience an orgasm with a former partner.

”Why aren’t I having the final? Right? And it wasn’t until I had a dude who really um you know how do I put this he was broke and so I think that in his mind he was like ‘I can’t give financially so I’m gonna give vaginally.’ It was like he saw he solved The Da Vinci Code,”

she continued to say.

#Clique, Is faking an orgasm normal?