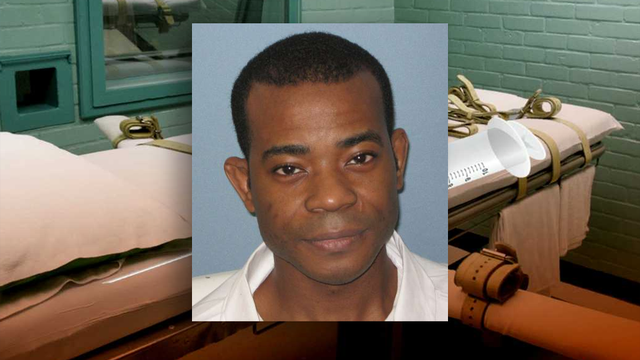 An Alabama man convicted of killing three police officers in 2004 is scheduled to be executed today despite not being the shooter.

Nathaniel Woods has been sitting in death row for 16 years for a crime he did not commit. He was convicted for 3 counts of capital murder accusing him of being involved in the planning of the cop shooting. The trigger-man was Kerry Spencer who admitted to the killing and said he acted alone. He too was charged with the same crime.

Here’s what happened: Cops were in the process of arresting Woods at an apartment where he was allegedly dealing drugs with Kerry Spencer. Woods surrendered and cops continued to search the house which was when Spencer opened fire killing 3 cops and another.

Woods’ attorneys have said he had a court-appointed lawyer at the time who had never handled a capital case. This case got national attention and even had Martin Luther King Jr’s son writing letters to the governor.

Do y’all think race played a part in this?