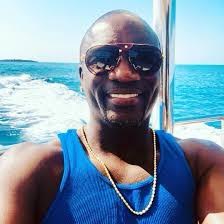 During a recent interview, Akon revealed that his hit record, I W-nna Fuck You was originally written for Trick Daddy; however, once Plies got his hands on it, he added his versus and leaked the song. After Plies leaked the song, the record became a major song in Florida satellite radio.

The Smack That singer revealed,

“I wrote this record called ‘I Wanna F-ck You.’ It was originally supposed to be for Trick Daddy. This is what’s crazy…”

The singer went on to say,

“So I write the record. I said ‘oh this gon’ be crazy!’ Emailed it to him. My little brother Boo comes in the room. He hears the record. ‘N-gga you crazy? You ain’t giving up this record!’ I said ‘Boo, trust me, this record we good, I could make more.’ He said ‘Kon. Listen bro. Hit records, I get it, you a hitmaker but certain records you just don’t give away. You just don’t.’ I said ‘look I already gave the n*gga my word, I’m sending it out.’”

He continued on to say,

“I had already sent the record out. Trick is on the road at this point. The record went to the ‘Slip n Slide’ email. Plies picked the record up.”

“Plies heard it up top but it wasn’t his. It didn’t matter. Plies took his voice. I used to always send my tracks with my chorus already on it. So all he had to do was put verses. He put the verses on there. Leaked the record. The record becomes the biggest record in Florida satellite radio!,’”

Plies verse was later replaced by Snoop Dogg as his named was also taken off of the writers credit. I Wanna Love You, initially named I Wanna F-ck You, was also featured on Snoop Dogg’s album, “Tha Blue Carpet Treatment” as well as Akon’s 2006 album Konvicted