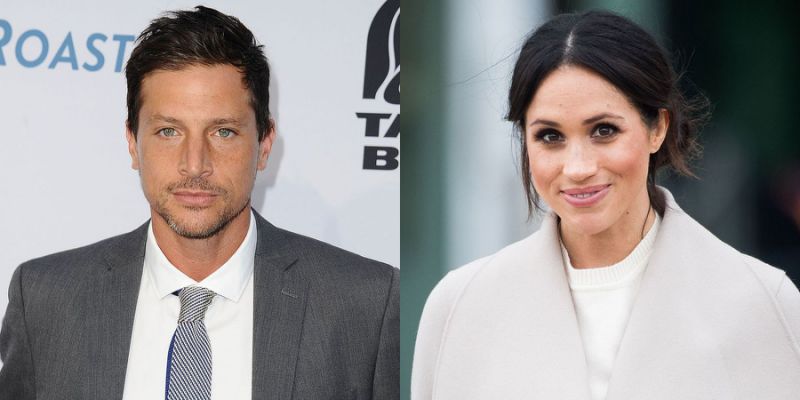 Actor Simon Rex shed some light on possibly why Prince Harry and Meghan Markle decided to make a royal exit from the royal family.

During her time in England, Meghan couldn’t catch a break with the British press. Now that her and Harry took their talents to North America, one of Meghan’s former co-stars is revealing the drastic measures some of the British press was taking to try and sabotage the first biracial royal family member.

Rex was often labeled as one of Megan’s “ex-boyfriends,” in the British press, but nope, they never dated!

“Nothing happened. We never even kissed. It was just like, we hung out once in a very non-date-y way,” Simon explained on the Hollywood Raw podcast. “She was just someone I had met on a TV show and, like, we got lunch. That was the extent of it.”

Except that when news of that lunch hangout broke, British tabloids tried to pay Simon to lie and say he dated Meghan.

“The tabloids, actually, when that story broke, a couple British tabloids offered to pay me a lot of money to say a lie that we actually hooked up,” he said. “And dude. I said no to a lot of money because I didn’t feel right lying and f*cking up the royal f*cking family….”

When asked how much they offered him, Rex replied,