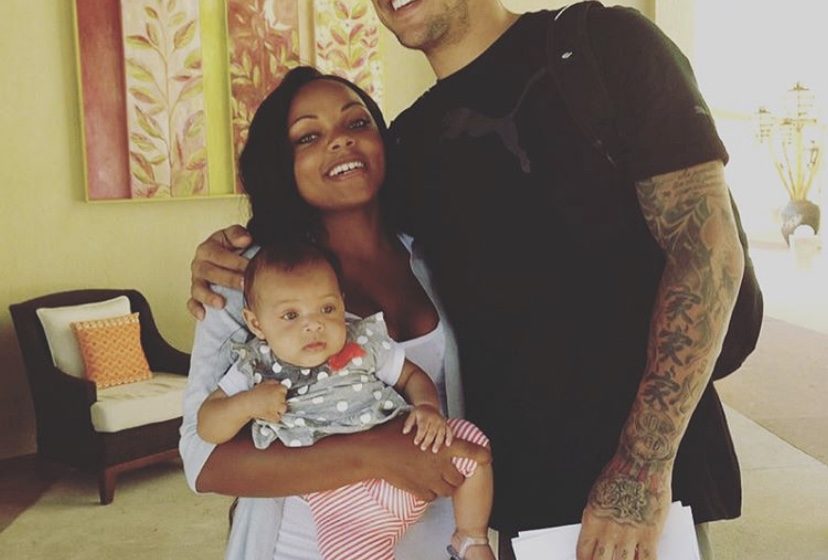 Aaron Hernandez‘s fiancee, Shayanna Jenkins, sat down with “Good Morning America” and expressed her feelings about topics in the Netflix documentary “Killer Inside: The Mind of Aaron Hernandez” that should have been left out.

In her interview, Shayanna said she doesn’t know if the former NFL star was gay but she wouldn’t have cared if he was.

“I wouldn’t have loved him any differently … I would have understood.”

The Netflix series features claims from one of Aaron’s high school teammates, Dennis SanSoucie, who claims the two had a sexual relationship prior to college. Jenkins feels it’s unfair to discuss someone’s sexuality when that person is no longer around to tell their own story. She stated,

“Although I had a child with Aaron, I can’t tell you how he was feeling inside. If he did feel that way, or if he felt the urge, I wish that I was told. I wish that he would have told me because I wouldn’t have loved him any differently. I would have understood. It’s not shameful.” Shayanna continued, “I think it’s a beautiful thing. I just wish I was able to tell him that.”

Hernandez committed suicide in his prison cell in 2017 while serving time for the 2013 murder of Odin Lloyd. When asked if she believes Hernandez was innocent, Jenkins replied,