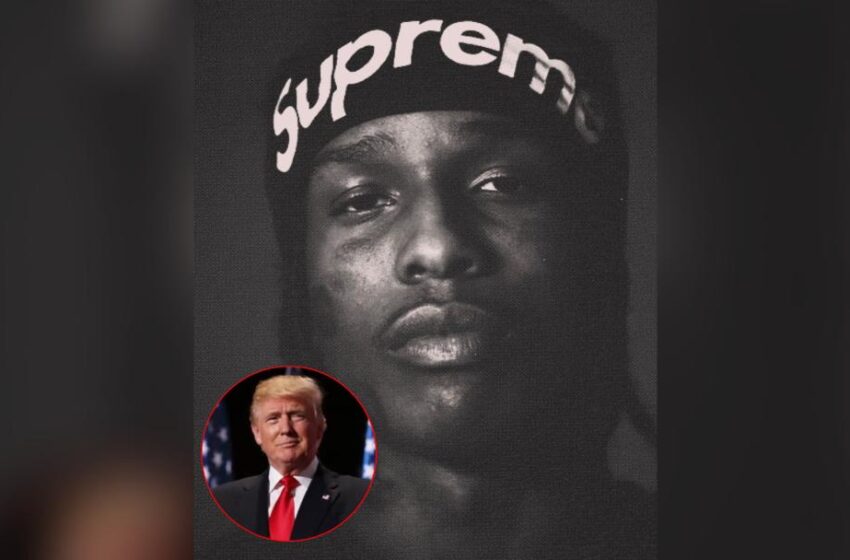 Y’all remember when A$AP Rocky was arrested in Sweden for engaging in a physical altercation with two men? Well, a documentary,

was recently released about the incident, and the

rapper has opened up about his overall experience.

One of the things that were mentioned was Donald Trump’s involvement in the trial, who was the President at the time. He admitted in the film,

“I kinda was scared that Trump was going to f*ck it up.”

The rapper said at the time, he felt that Trump’s support could’ve possibly landed him in jail for a longer amount of time.

However, he said it made him feel good that he had the support of the President. He continued,

“But then on the other hand, I’m just like, ‘that’s what’s up, man… Oh, the president supports you.’ That felt good.”

According to Rolling Stone, Rocky was ultimately found guilty of assault charges however, the Swedish court suspended his sentence and the rapper was allowed to return to the United States. Reports say Kim Kardashian played a huge role in Trump’s involvement. She said in the documentary, A$AP Rocky and Kanye West have a lengthy friendship so she didn’t mind calling her contacts from the White House to see if they can help.

Following Rocky’s release, the Trump administration was reported to be angry that Rocky failed to properly thank Trump for his backing. Rocky said during the documentary, he believed Trump’s involvement was about strategy. The rapper said the former President’s involvement may have hurt him more than it helped him. He said,

“it was a chess move and they tried to strong-arm a lot…And he didn’t free me. If anything, he made it a little worse.”