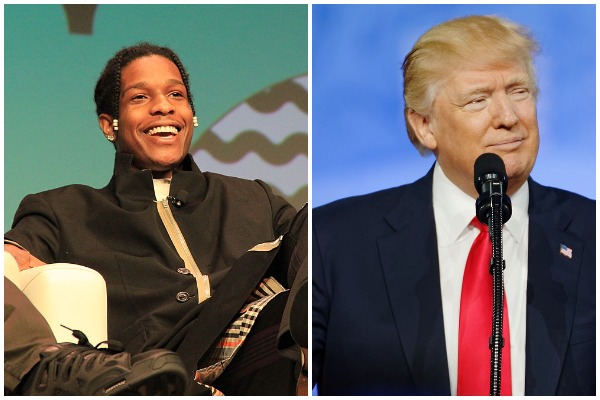 A$AP Rocky discussed how Trump got involved in his 2019 assault arrest in Sweden in a new documentary about his life. In the film, called “Stockholm Syndrome”, he said he felt conflicted about the former president’s help.

You want the most support you could and it’s like, ‘Oh, the president supports you.’ That felt good. Cause for the most part, I don’t think he ever knows what’s going on in the urban communities … I was thankful for that, I can’t lie.

But Rocky also expressed that he had concerns that Donnie could sabotage the situation because of his hostile behavior and how most Europeans view him.

I kinda was scared that Trump was going to f*ck it up,” he said. “I was also scared that it would jeopardize me being in [jail] longer.”

The rapper also said that he realized that the reason Trump got involved was likely because he was trying to gain more black votes ahead when he was running for reelection.

“It was a chess move and they tried to strong-arm a lot. In reality, I had no problem saying thank you to the man, especially if he helped me. That’s the narrative they pushin’: That he got me out. And he didn’t free me. If anything, he made it a little worse.“

Clique, do you think Trump trying to get Rocky out of jail was a purely selfish move?