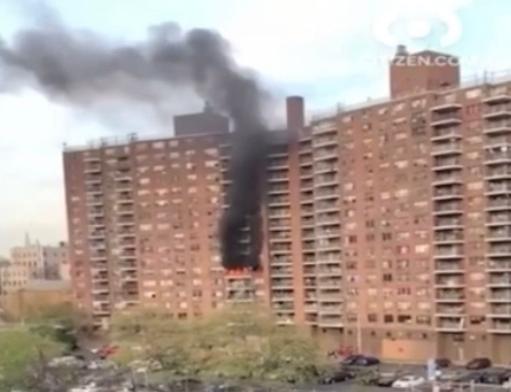 Ablaze stormed through the 6th floor of a 17- story building in the Bronx causing an 8-year-old girl to jump off the balcony in an escape; yet, the escape led to her breaking her legs. Reports from ABC say authorities conclude the landing potentially saved her life.

The incident occurred in a building in Morrisania, Bronx around 6:30 pm. ABC reports that nearly 9 people were injured.

As for the 8-year-old girl, she

“was listed in critical condition but is expected to survive after officials said she jumped from a sixth-floor balcony to escape the flames and unbearable heat,”

“The little girl stayed there and she wasn’t moving at all, I thought she was dead, but everybody rushed to help her out.”

Thankfully, the girl, who has yet to be identified landed on dirt and not the pavement. According to ABC, the girl’s 17-year-old aunt attempted to save her however, flames got into her way.

Over 100 firefighters arrived at the scene to help stop the fire. However,