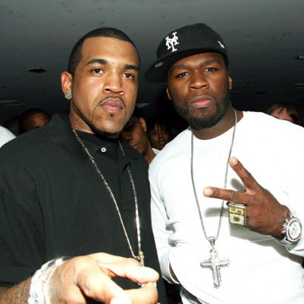 As if the “50 Cent vs his son Marquise Jackson” beef hasn’t been wild enough, apparently 50 has beef with former G-Unit member Lloyd Banks as well.

In an interview with Big Boy, 50 claims he doesn’t know why Banks doesn’t speak to him anymore.

“I don’t even know. He couldn’t even tell you at any point when you speak to him where the problem is. “I put him like where I put Marquise,” he continued. “There’s something internally going on with them which gives them some sort of resentment against me.  I just don’t even care about what’s going.”

It’s widely known that 50 is one of the most notorious internet trolls online. Aside from that, what do y’all think could be the reason Lloyd has static?