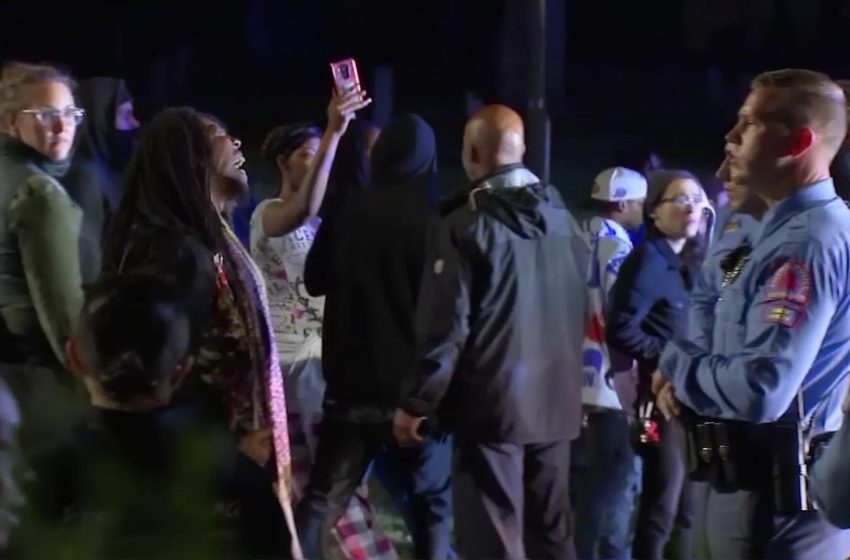 On Tuesday night, tensions were high in Raleigh, North Carolina after an officer shot a man at the same location where authorities killed 30-year-old Soheil Antonio Mojarrad for refusing to drop a pocket knife, a year ago.

A frightened and disturbed crowd surrounded a small shopping strip where the confrontation apparently took place. A Facebook live video reportedly made by a witness was being shared all over social media.

“We were at the light. We saw this little boy just running, with a pizza!”

The woman said in the video.

“All of a sudden I saw a cop pull his gun out and then he put it back in and the next thing you know you hear gunshots. This is wrong!”

On Facebook and Twitter, users believed a 16-year-old boy was shot in the back. However, Raleigh Police later revealed that the suspect, Javier Torres, was 26-years-old and they were answering to a call about a man with a gun.

“Mr. Torres ran upon the arrival of the responding officers and a foot chase ensued, during which police repeatedly ordered Mr. Torres to stop and drop the gun”

Police proclaimed in a statement.

“During the chase, Mr. Torres was shot one time by a responding officer. He was transported to a nearby hospital by EMS. A handgun, as described by the 911 caller, was located at the scene of the shooting.”

Police stated the officer who fired a weapon at Torres was wearing a video camera during the incident. Police will seek to have the video released to the public.