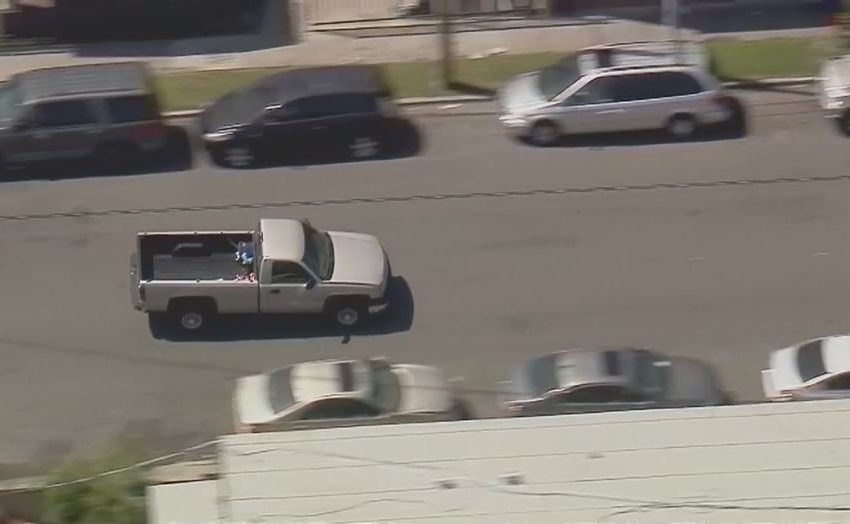 An unidentified man and woman were taken into custody Friday, after leaving a path of destruction in South Los Angeles.

It is unclear where and when the high-speed pursuit began, nor is it clear why the driver took police on the two-hour chase. The male driver found himself speeding down the wrong side of the road several times. He even ran into an oncoming vehicle trying to exit the 110 Freeway.

Eventually, the rear left tire of the truck was blown out and caught on fire. Police apprehended the suspects after they tried to escape on foot.

This incident is under investigation.

Check out the chase down below.