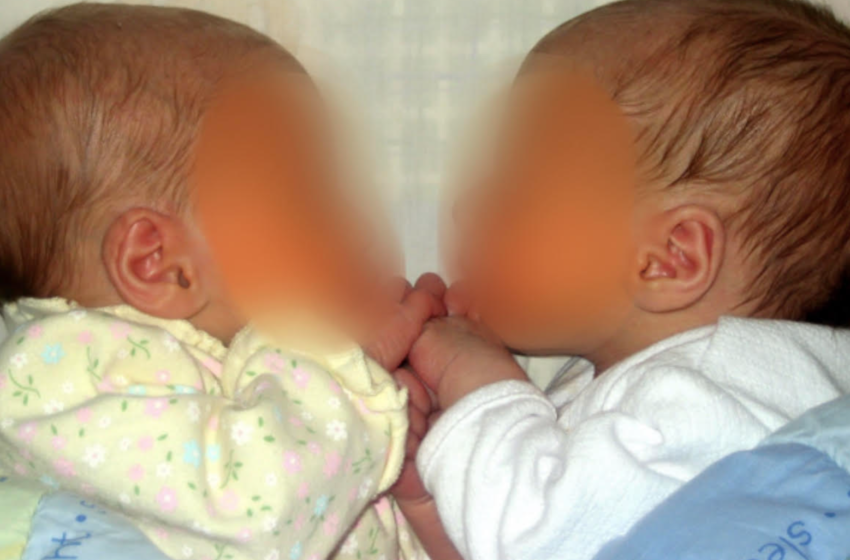 A mother has learned that her twins have different dads. A 19-year-old woman from Brazil conceived twins after sleeping with two different men on the same night. Nine months after, she gave birth and was in for a shocking surprise. Just before the twins first birthday, she decided to take a paternity test after having suspicions about their father, reports Globo.

The unidentified mother had an idea of who she thought the twin’s father was, which was one of the two men she slept with; however, was stunned after his DNA came up positive for only one child. The woman shared,

“ I remembered that I had had sex with another man and called him to take the test, which was positive. I was surprised by the results. I didn’t know this could happen. They are very similar.”

According to the New York Post, the woman’s physician told Globo,

“It is possible to happen when two eggs from the same mother are fertilized by different men. The babies share the mother’s genetic material, but they grow in different placentas.”

The Post reports that Biomedica refers to Heteropaternal superfecundation as

“an extremely rare phenomenon that occurs when a second ova released during the same menstrual cycle is additionally fertilized by the sperm cells of a different man in separate sexual intercourse.”

The mother told Globo that one of the dad’s are active in the twin’s life. It’s unspecified if the other father is present.