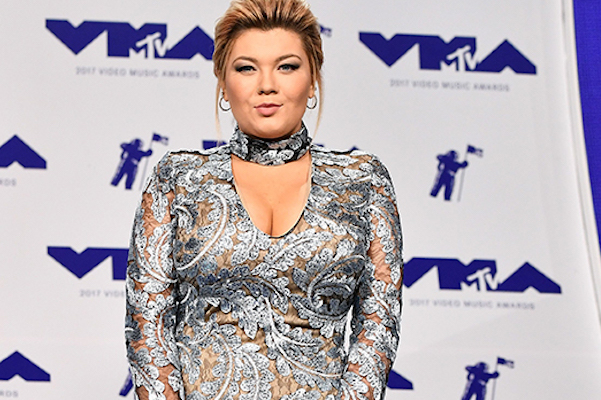 Amber Portwood from “Teen Mom” is being accused by her ex of doing drugs while pregnant The Sun reports. Her baby daddy Andrew Glennon filed court documents alleging so, and says that she is on drugs presently.

Glennon is asking that Amber be forced to take a hair follicle drug test. Amber is saying that it’s a ridiculous request because she already has random drug tests with her probation.

Andrew’s lawyer said that about two weeks ago during a custody exchange,  Amber was “acting erratically, speaking frantically and appeared completely paranoid and disheveled.”  She allegedly thought she was being stalked.

He says that her behavior that night is similar to when he has “witnessed Amber under the influence of illegal drugs previously, specifically methamphetamine”. The documents also state she did drugs while pregnant.

Amber’s response was that this is “nothing more than yet another attempt to paint Mother in a negative light.”

Clique, do you believe this about Amber?