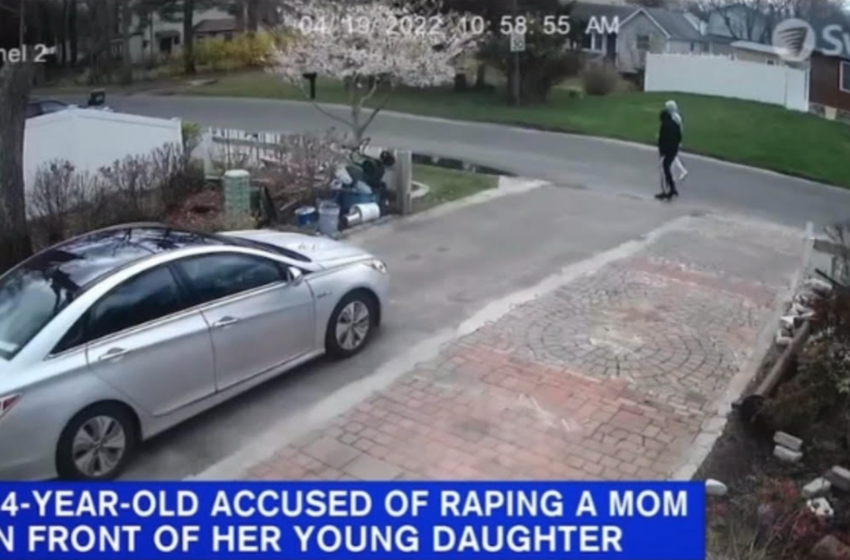 A 14-year-old boy has been arrested after raping a woman from Long Island in front of her young daughter.

The young boy has been charged with

“aside from the extreme violence of the criminal activity, what makes this case so shocking is the age of the defendant who is accused of committing such callous and violent crimes.”

Investigators say the teenage boy and another person, who reports are saying was an accomplice, entered the woman’s home through the kitchen window on April 19. They searched for items to take but found a locked room, and broke into it. They discovered the 23-year-old mother in the room with her 4-year-old daughter. Officials say the teen then sexually assaulted the woman and choked her in front of the young girl. She was then forced into the hallway, as the assault continued.

The teen hauled the mother back into the room and revealed switchblade. He showed the weapon and then stabbed her in the chest and gashed her across her head, per reports. The teen and the accomplice then fled the scene following the attack.

The woman was treated for her injuries at a local hospital. The teen has been taken into custody and remains locked up without bail. Officials are looking for his accomplice.