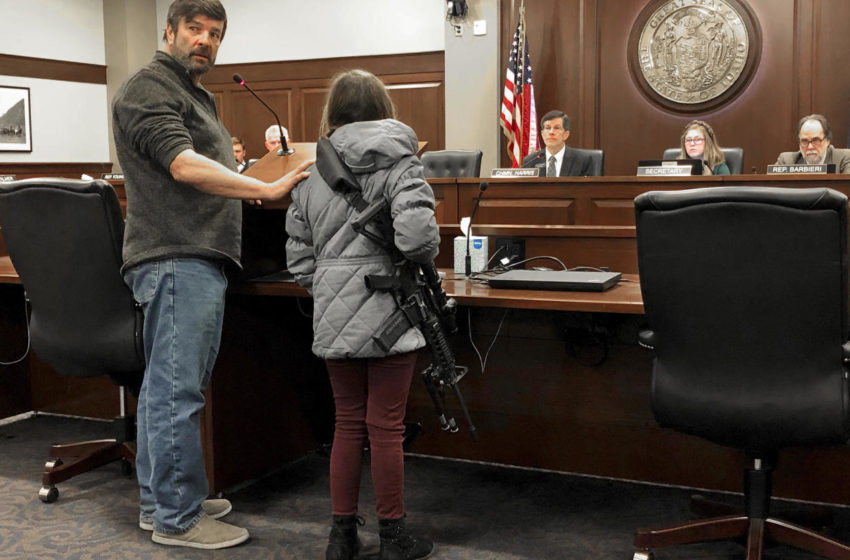 CORRECTS BYLINE TO KEITH RIDLER, NOT KEN RITTER – Charles Nielsen, 58, and his 11-year-old granddaughter, Bailey Nielsen, testify before a House panel at the Idaho Statehouse on Monday. Feb. 24, 2020 in Boise, Idaho. Visitors to Idaho 18 and older who can legally possess firearms would be allowed to carry a concealed handgun within city limits under legislation that headed to the House on Monday, Feb. 24. (AP Photo/Keith Ridler)

According to the AP, 11 y.o Bailey Nielsen brought in a fully loaded AR-15 to the Idaho Statehouse to make the point that more people should be able to carry concealed handguns in the state.

She was accompanied by her grandfather, Charles who had plenty to say to lawmakers. “People live in fear, terrified of that which they do not understand. She’s been shooting since she was 5 years old. She got her first deer with this weapon at 9. She carries it responsibly. She knows how not to put her finger on the trigger,” Charles state’s.

Does Charles deserve grandfather of the year or a first-class ticket to the crazy house?