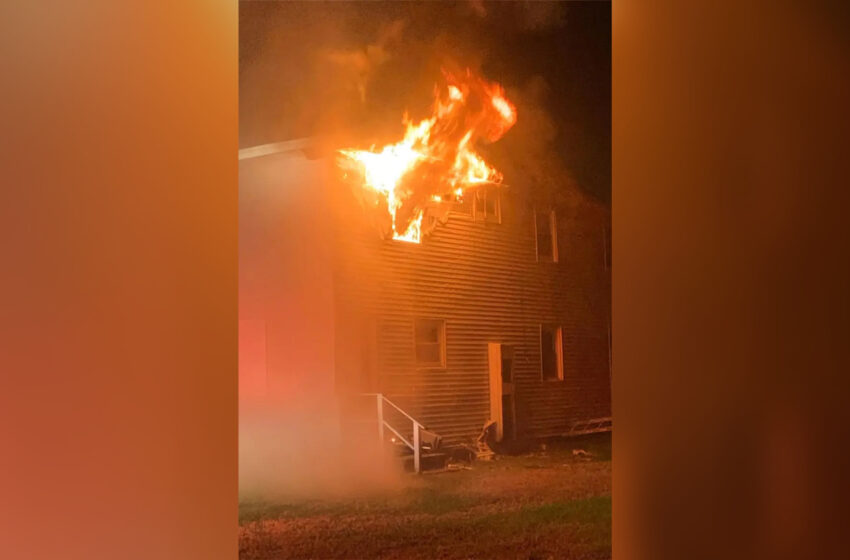 An 11-year-old boy is being praised for his bravery after rescuing his 2-year-old sister from an apartment fire, NY Post reports.

La’Prentis Doughty, 11, of Maryland says he ran out of his apartment building when he realized it was on fire. However, La’Prentis quickly ran back up to the second floor when he noticed his 2-year-old sister Loyalty was still inside, state fire marshalls told the outlet.

“If I didn’t save my sister, I would be mad at myself because I could’ve saved her easily. I could have saved her, and I would risk my life for my sister,”

“very minor burns to his arm,”

according to the outlet.

The siblings’ mother, Keishauna Banks, says she was getting last-minute grocery items for  Thanksgiving dinner when she got a call from a friend that a fire broke out at her apartment. She arrived on the scene only to find that she and her children lost

“everything except for the clothes that we had on our backs,”

according to a GoFundMe post. She told the outlet that she is thankful for her son’s bravery.

“I feel bad because I don’t know how to reward him right now. I praise him and say do you know that you did a good job?”

Banks said. The fire was caused by an

“unspecified electrical event at an outlet in one of the second-floor bedrooms,”

reports reveal. La’Prentis, Loyalty, and their mother are staying in a hotel and being helped by the American Red Cross.